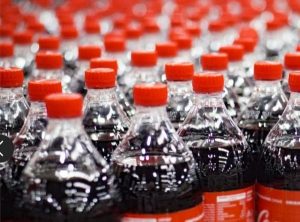 In response to the American Heart Association and other like-minded organizations that have advocated the reduction of sugar intake, some areas have imposed a “soda tax” on sugary beverages. It is likely that these beverages fill your foodservice distribution lineup: Soda, fruit juices, soft drinks, carbonated beverages, coffees, energy drinks, and more.

To protect consumers from sugar-related health risks, several countries such as the United Kingdom and Norway, as well as eight American cities including Philadelphia, Chicago, San Francisco, and Seattle now have laws that impose a tax on sugary beverages.

These tax laws have been widely debated and some states, such as Arizona, have banned this type of levy. While in the U.K., soda tax laws have prompted some of the country’s largest soda manufacturers, including Coca-Cola and San Pellegrino, to reduce sugar by 40 percent in their products, according to a recent article in The Washington Post.

At one to two cents per ounce, the tax may seem innocuous, however, its impact is felt across the board. Typically the tax is collected from food and beverage distributors, who pass the cost on to retailers, who in turn charge consumers. And as a result, the price of sugary drinks may go up more than 75 percent in soda tax cities and hike the price of a 12-pack of Coca-Cola up as much as $2.

“In this light, it is important to ensure that your enterprise software system can effectively help you manage and track these tax levys,” she says, noting the tax rate is imposed per fluid ounce, which means that food and beverage distribution companies must manage the tax rate on every packaging variety of its sugary beverages.

“It is imperative to maintain these tax rates easily for these various pack sizes,” Spanier continues. “If not, you will find yourself manually tracking this information or maintaining hundreds of tax rules which will result in a maintenance nightmare.”

AFS ERP, an enterprise solution purpose-built for the food distribution companies, works with distributors to manage the efficient and effective management of their sugary beverages in areas where these tax impositions exist.

“Our goal is to ensure that we are in tune with the industry directives and enhance the software capabilities to give users the tools to effectively implement these directives,” Spanier informs.